When an SRTO Request has been pushed to the portal, this will show up in an SRTO Request tab for the RTO login. The RTO user will have the ability to view the details of the request, which will contain the same information as the SRTO form. To view the Training Contract details, click on the view button (the eye icon) and the module will pop-up with the Training Contract details. 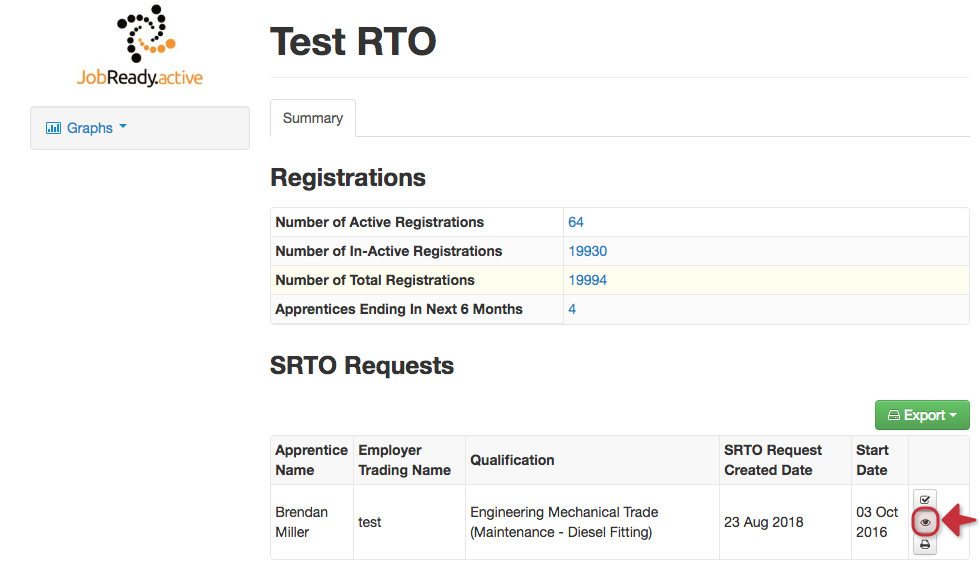 RTO Portal users will have the ability to print out a copy of the SRTO form. To print the form, users will need to click on the Print icon to the right of the requests table. This will create a print job in the print queue. 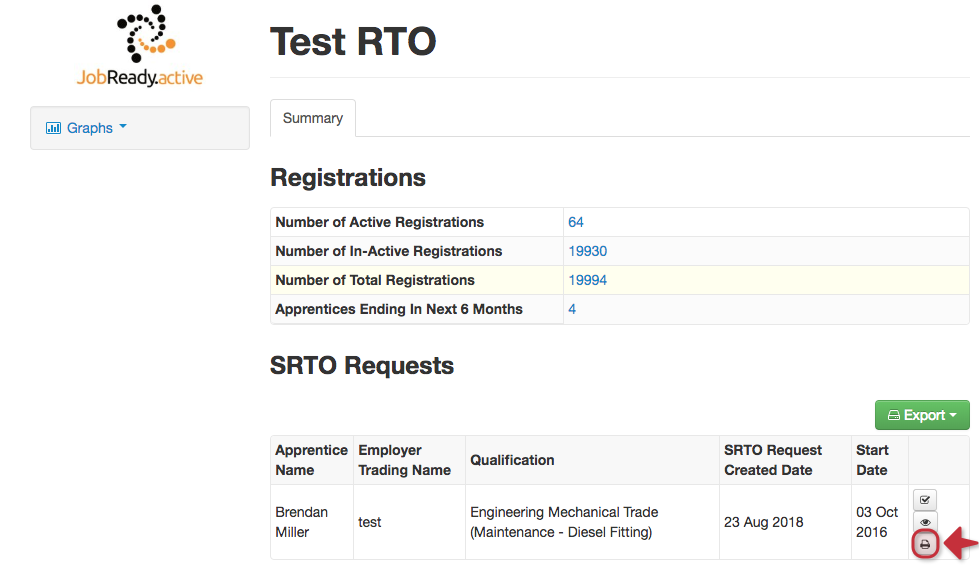 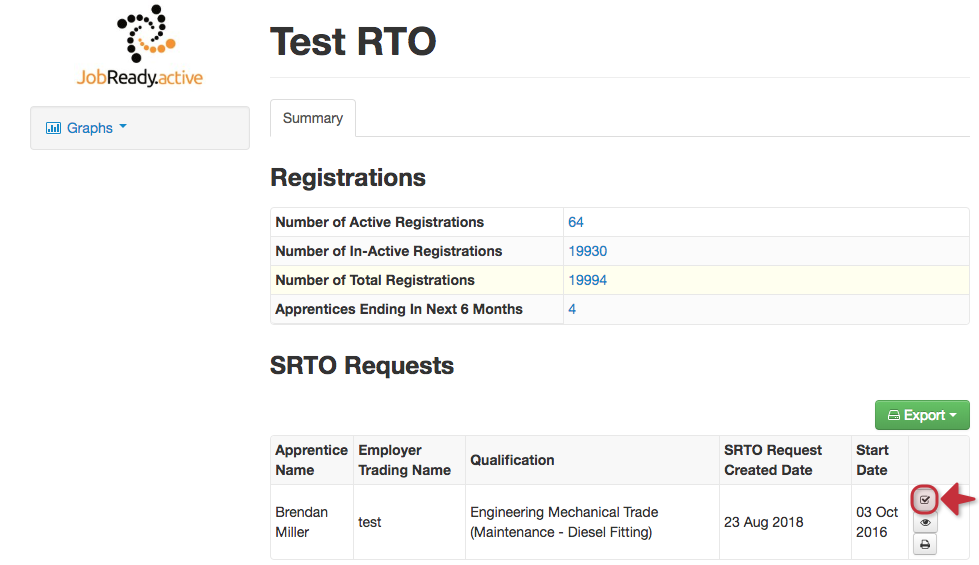 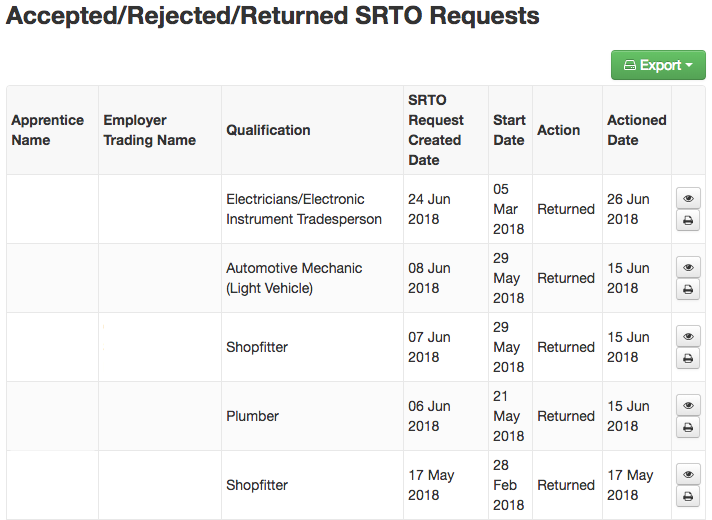